My husband and I were married this year on April 23rd, in a lovely mountain-side ceremony tucked in the foothills of the Blue Ridge, surrounded by friends and family. 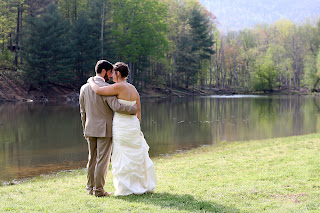 The wedding was followed by 1920's era pre-war swing music by our good friends, Skeedaddle 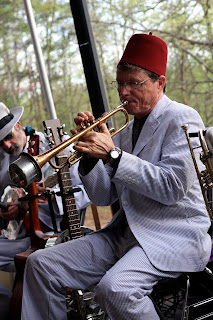 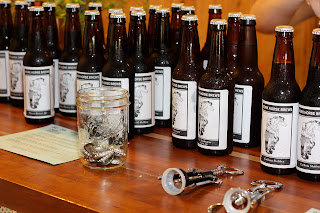 cake pops from my delightful friend Emma,
(please go make them if you haven't yet. oy!) 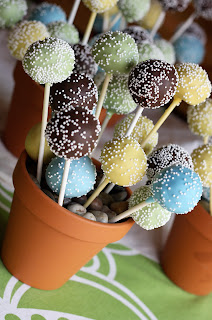 and of course, an old-fashioned Virginia pig roast. 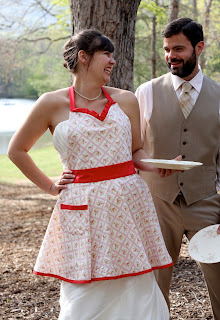 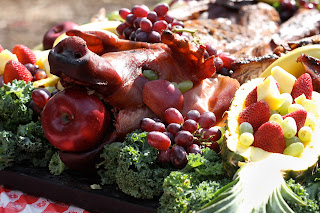 It was glorious, as you might imagine.  All of it. But what we didn't tell our families (until the next morning anyhow) was that we had actually already been married for 5 months!

Although not a shotgun wedding, Jefferson and I were married quite literally in the eyes of the law. On a brilliantly sunny November morning, we walked to the Charlottesville Sheriff's Office, Jeff wearing his favorite bamboo shirt and me in a lavender linen dress (found at Goodwill that morning), and asked the Sheriff to marry us.  Captain M.W. Baird presided over the small gathering: just me and my husband. A short, but touching ceremony (Cpt. Baird was a second-generation wedding sheriff; his father had also been sheriff, and wrote the marriage ceremony) and we were legally wedded.  And as we walked out into the crisp autumn air, we went in search of a celebration fitting to the occasion.  We found it at Timberlake's Drug Store: Milkshake.


After spilling to the family they weren't the FIRST to see us wed (though the most dear), they asked us 2 questions: 1. Why? Well, mostly tax purposes (yes, we will happily pay you less in taxes because we LURVE each other), but it also turns out that getting officially married involves a lot of paper work with the guv'ment, and we spent the rest of the day (post-shake) changing my name, getting me on the insurance, issuing new social security cards, etc. Turns out: it was GREAT to have all that out of the way months in advance.  In any case, that was a question we'd expected and had good answers for.  But not the next one: 2. When would we celebrate our anniversary?

To be honest, we hadn't thought about it.  It was obvious that our family wedding on April 23rd was the proper, official-in-our-minds' date of the anniversary, and that we planned to celebrate the day that our commitment was blessed by our friends and family, not the day it was witnessed by some amorphous, anonymous authority like the US government.

But I think the emotional nature of Wedding Number 1 took us by surprise. There was something deeply special and intimate about having that moment to commit to one another, alone, in private. We wanted to enjoy that memory, and honor it, outside of Wedding Number 2.  We wondered "what's an appropriate commemoration for that morning, the small, quiet marriage in front of the second generation Wedding Sherrif?"  Jefferson answered first: Milkshake Day.

Let me explain: Jefferson's family has a history of creating holidays around the need for dessert.  His father celebrates 4 times a year with cake, spaced appropriately according to important birthdays and other occasions.  Unfortunately, there was one quarter without an event to celebrate, and due to a slightly neurotic need for symmetry (and let's be honest, cake), he simply celebrates "Cake Day".

And all this blathering leads us to the point of this blog post (though I hope it was a good story anyhow).  Milkshake Day will soon be upon us! November 17th is the day in question, and we encourage lovers of all ice-cream products, husbands, wives, boyfriends, and girlfriends to join us in this arbitrary and yet totally-not-Hallmark holiday, with a milkshake treat.  Don't resist! How often do you just go out FOR A MILKSHAKE? Go, enjoy, or do like my father does, and make your own at home with Schwann's Ice Cream and a raw egg (Midwest farmers: I don't question).

Now I know I don't have a huge Richmond reader base, but Jefferson and I definitely need some suggestions for an appropriate milkshake venue. I like my milkshakes so thick, I can stand a spoon up in them.  So you tell me: where's the best milkshake in Richmond? And then meet us there.
Posted by Megan Reynolds at 8:39 AM

Megan Reynolds
Richmond, VA
Living in an RV for 8 months with fantastic husband and bouncing baby girl. Exploring Appalachia, playing tunes, and enjoying the handmade home of simple living. Meeting the challenge of how to get an infant to nap for more than 45 minutes.